This month Florida carried out its first execution in 18 months, with a drug cocktail never before used in the US. 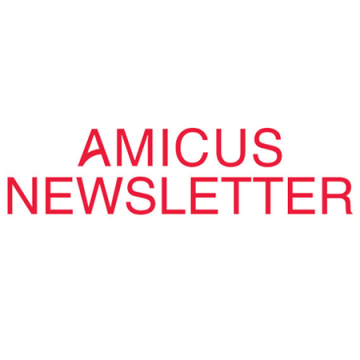 Our wonderful Assistant Director Maroshini is moving on to pastures news at the end of August. Amicus thanks her for dedicated work, in particular in managing the intern programme. We wish her the very best. <3

On Monday 14th August, Abel Daniel Hidalgo, represented by Neal Katyal, filed a petition to the Supreme Court of the United States which argues that the death penalty is contrary to the Eighth Amendment. Read more...

On 1st August 2017, Fayette Circuit Court Judge Ernesto Scorsone ruled that capital punishment for those who were under the age of 21 at the time of their alleged offence violates the Eighth Amendment which prohibits the federal government from inflicting cruel and unusual punishments. Read more...

Marcellus Williams’s conviction of the murder of Felicia Gayle in 1998 has highlighted concerns about death penalty cases, in which new DNA evidence is uncovered. Read more...

Amicus would like to thank Francesca Parkes, Abigail Rose Cowling and Ramandeep Bhogal for their contributions to this month's newsletter.