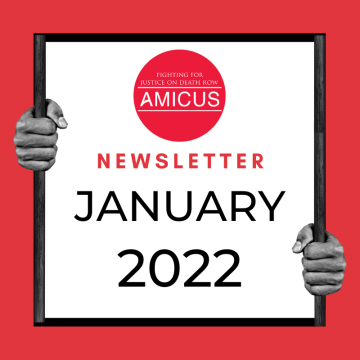 11 executions in 2021 mark three-decade low
A report from the Death Penalty Information Center found that support for the death penalty has continued to decline. States and the federal government only carried out 11 executions in 2021... Read more by becoming an Amicus Member.

Arizona plans to seek warrants for first executions in 7 years
In early January, the Attorney General’s office informed the Arizona Supreme Court of their intention to seek execution warrants for two death-row inmates... Read more by becoming an Amicus Member.

Language mistake in Georgia death penalty law creates a daunting hurdle
The U.S. Supreme Court is to decide whether to hear the case challenging Georgia’s state law that requires defendants on death row, who are seeking to be spared execution... Read more by becoming an Amicus Member.