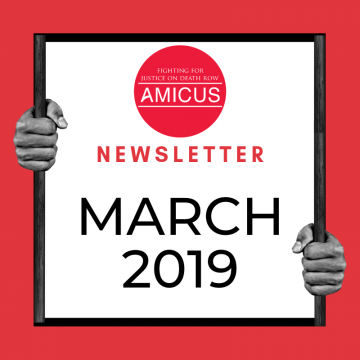 Global efforts to abolish the death penalty undermined by anti-drug governments enforcing a zero-tolerance approach, experts have warned
In defiance of international law, governments continue to impose death penalties for drug related offences. Under international law, this type of crime is not considered serious enough to justify draconian sentences. Despite this, the sentence is in force across thirty-five countries worldwide and executions for drug crimes were carried out across fifteen countries in 2017 alone...Read more by becoming an Amicus Member

Governments use death penalty to crackdown on religious minorities
Religious persecution is defined as hostile and ill-treatment of an individual or a group of adherents due to their belief in a specific religion. Religious intolerance is noted specifically in regimes which are composed of one major dominant religion. Furthermore, numerous countries and states have been accused of targeting specific...Read more by becoming an Amicus Member

Supreme Court rules in favour of death row inmate with dementia
On the 27th February 2019, in a 5-3 ruling by the Supreme Court, Vernon Madison’s case was sent back down to the lower court to be reconsidered, questioning Madison’s capacity to face the death penalty. Madison has been on death row since 1985 after he killed police officer Julius Schulte. He has since had a number of strokes and is now unable to remember even committing the crime...Read more by becoming an Amicus Member

7th World Congress Against the Death Penalty opens in Brussels, Belgium
On 26, February 2019 more than 1,500 government officials and non-governmental organisation representatives from over 140 countries attended the unmissable moment for abolitionist activists. The 7th World Congress Against the Death Penalty was a four-day event held in five prestigious locations in Brussels, Belgium. The Belgian capital provided a great location to host the 7th Congress because it is home to many political representatives...Read more by becoming an Amicus Member