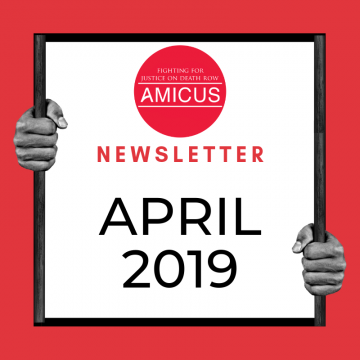 The use of the death penalty has dropped to the lowest in a decade
It has been revealed that fewer people have faced death penalty executions worldwide in 2018 than in previous years. The Amnesty International advocacy group released this report to illustrate that across 20 countries, there have only been in the region of 690 executions in the last year. On previous occasions, the death penalty had soared, but this current statistic depicts a 31% decrease from the 993 recorded in 2017...Read more by becoming an Amicus Member

Malaysia continues to grapple with death penalty abolition
There are eleven countries in the world with a ‘very high’ Human Development Index (a composite statistic index of life expectancy, education and per capita income indicators, which is used by the United Nations Development Programme, to rank countries into tiers of human development) which continue to carry out capital punishment. Malaysia is one such country, with more than 1,200 people currently on death row across the nation’s prisons...Read more by becoming an Amicus Member

Kamala Harris death penalty decision criticised on both sides
Senator and Democratic Presidential Candidate Kamala Harris has found herself under scrutiny in recent weeks for a decisions she made when she was San Francisco’s District Attorney and California’s Attorney General. Her decisions follow her through her crusade for the presidency...Read more by becoming an Amicus Member

Supreme Court challenge to lethal injection fails amid judicial criticism of appeals process
Death row inmate Russell Bucklew’s rare medical condition means a lethal injection could cause tumours around his throat to haemorrhage, condemning him to a painful death by suffocation. However, the Supreme Court recently decided that such a death would not involve ‘cruel and unusual punishment’, and therefore that it was not unconstitutional...Read more by becoming an Amicus Member