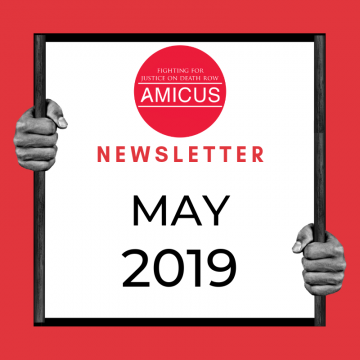 Canadian man sentenced to death in China
In April 2019, another Canadian citizen, Fan Wei, was sentenced to death by a Chinese court. This is the second death penalty imposed on a Canadian by the Chinese, amid growing diplomatic tensions between China and Canada, following Canada’s arrest of one of Huawei’s senior executives in December 2018...Read more by becoming an Amicus Member

Texas stops sharing death row inmate's final statements
Texas is dubbed the busiest death chamber of the United States, undertaking more than half the number of total executions in the United States in 2018. The state has already executed four individuals this year to date by lethal injection. Most recently, a controversial decision was made boycotting written statements of those executed from being read out...Read more by becoming an Amicus Member

International pressure has brought to bear on Brunei, mitigating danger posed particularly to the LGBT+ community by recent laws. After the implementation of a strict penal code that provides for death by stoning in respect of same-sex sexual acts, as well as adultery, as reported in Amicus’s April Newsletter, the Sultan of Brunei has since responded to international civil society criticism...Read more by becoming an Amicus Member

African Transformation Movement wants the return of the death penalty
The case of S v Makwanyane and Another saw the Constitutional Court of South Africa abolish the death penalty on 6th June 1995.  The apartheid system in South Africa had ended, against a backdrop of political and racial violence, and the Court held that capital punishment was inconsistent with the commitment to human rights in the country's new Interim Constitution. The Interim Constitution codified, for all South Africans, the fundamental right to life and dignity...Read more by becoming an Amicus Member