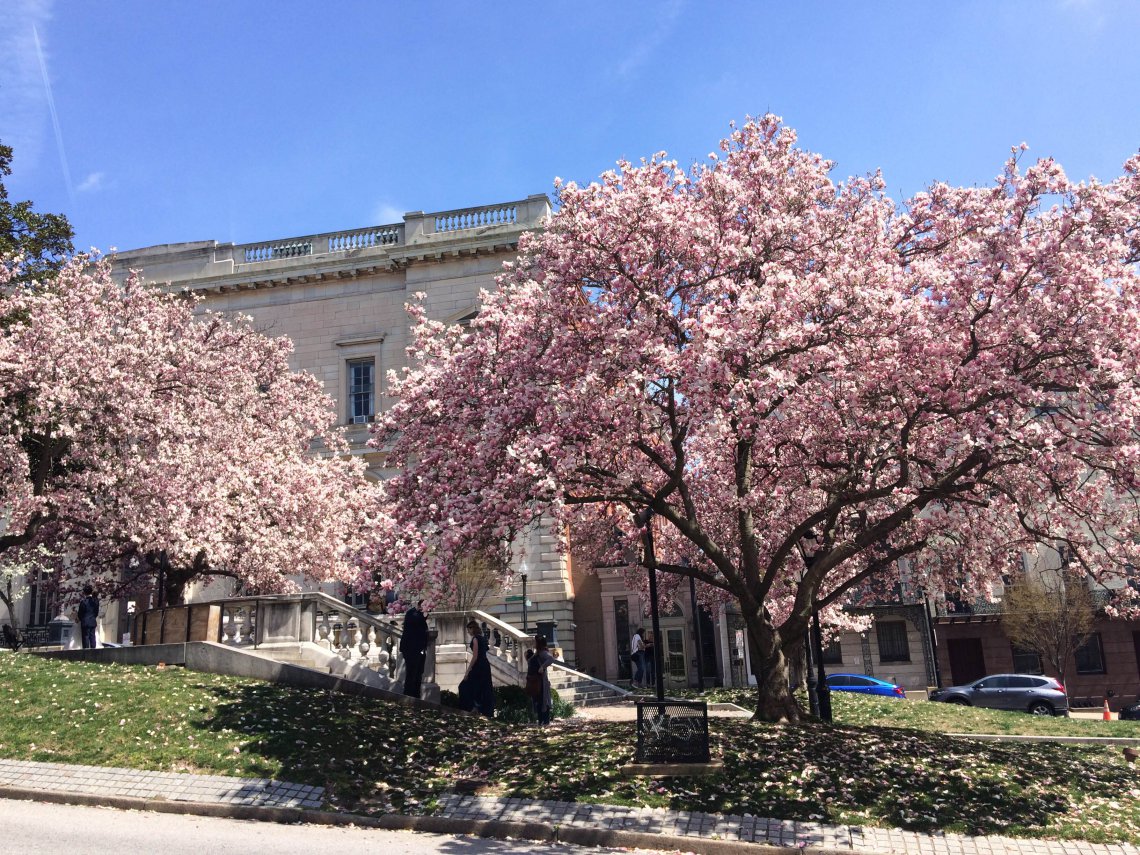 In my final week in Baltimore, Maryland I got a text message from my mum who was sat in Heathrow Airport waiting for her flight out to meet me (I’m 29 years old and my mum is newly retired so we’ve reached the stage where her coming to see me is cute not tragic I PROMISE), telling me that she had just met ‘Margot from your charity’. It turned out that out of all the people in the airport my mum could have bragged to about her daughter volunteering on death row in America, the person she found to do so to was Margot Ravenscroft, Director of Amicus, who was also flying out to NYC on her way to Baltimore for a conference run by the Mitigation Specialist not-for-profit I had spent the previous 3 months volunteering with. Of course!

Bragging rights aside, working on fighting the death sentence is a life sentence without parole in itself, and my biggest take away from three months I spent in Baltimore was what an honour it was to serve with those who unflinchingly spend their lives this way. The work is so far from glamorous it is laughable, but laugh and laugh loudly is what my colleagues frequently did, often in sheer exasperation at the absurdity of a system that is not broken but, as Elizabeth Vartkessian puts it, is working exactly as it was designed to. It is effectively state and federal-sponsored slavery and lynching.

As you learn in Amicus’ brilliant and thorough Death Penalty Training before you embark on your internship, mitigation is extremely important in capital cases. It is so important that the American Bar Association’s Guidelines insist that a mitigation specialist must be appointed as an essential member of any capital defence team. But it’s hard to fathom what the work involved in mitigation actually is until you are knee-deep in a client’s school records painfully trying to decipher a school teacher’s handwriting about something seemingly inconsequential, or are stood in front of an unsmiling official in a Court Records Room telling them that you are aware that requesting hundreds of civil court records, many of which you are not even sure relate to the right person on your 300-strong person’s list, is highly unusual, however (in your best British school teacher voice) you are going to stay there at their desk until it is done.

There is no blue-print to building a mitigation case for a death row client, but there is a guarantee that it will be all-encompassing, gruelling, frequently disappointing, but strangely adrenaline-filled. It is the adrenaline, and copious amounts of chicken, that seemed to keep the team going, along with the knowledge that if we don’t do it nobody will, and if it’s not done our client is much more likely to die at the hands of the state or the federal government.

Which brings me to the clients. I think this is what people have asked me about most frequently before I left and after I returned – did I meet anyone on death row? I totally get why the question is so tantalising; imagine little old British me trepidatiously walking down the green mile before coming face to face with a real-life Hannibal Lecter. I didn’t and, although I know that for many severely underfunded capital defence teams Amicus volunteers are really useful for sending to visit with clients, I am glad I didn’t. Not because I’m scared of meeting Hannibal, but because of course our clients aren’t Hannibals, they are extremely vulnerable men facing the possibility of being murdered by the state or federal government. They deserve to get to know the team they are trusting with their lives. Introducing a new person from a different country who may never be back to see them is far from ideal. Although of course nothing about the death penalty is ideal.

That being said, without ever meeting these men, I formed a real connection to them. I heard snippets about clients from colleagues in team meetings: who was having a hard week, who had sent a funny letter, who had had a visit from a family member who they hadn’t seen in years. But also, from processing their school and medical records into their chronologies stretching back through generations, I knew more details of their lives than I know about anyone – myself included. This allowed me to formulate theories about them, their family, the person they were when they committed the crime, that I then entered into a Theory Memo that would be considered by the whole defence team.

The second most-asked question on my return was ‘how was Baltimore?’ said in various shades of ‘did you live in The Wire?’ The answer is that the Baltimore I lived and worked in was nothing like The Wire. The area I stayed in, Mount Vernon, was all historic mansions, grassy gardens, bougie coffee shops, and the Washington Monument. Downtown, where the office was located, was like any business district in America (I’m guessing I’ve not actually been to many others...). Inner Harbour was touristy fun, and Fell’s Point a brilliant cobbled mecca of Americana pubs. That’s not to say that even this Baltimore doesn’t have edge, it definitely does and I was much more careful than I would be in London where I’m from, or Manchester where I live. There were some streets that I began to walk down and then got the spidey sense that I should turn around and walk back. I’m really aware that in many ways I didn’t see what might be called real Baltimore city, I’m not sure it was my place to see it as a tourist. But as a visitor to the Baltimore I saw, you will have a blast. Especially if making friends with strangers in bars is your thing, and I can promise that every time you do so they will hear your British accent, laugh and warmly say ‘what the fuck are you doing in Baltimore?!’

So that was my Amicus placement, the work was often gruelling and grim, the small victories were few and far between, and I spent much of the time in a little office on my own going through thousands of pages of records. And I’m going back in two weeks to do it all again. My mum’s not coming this time.