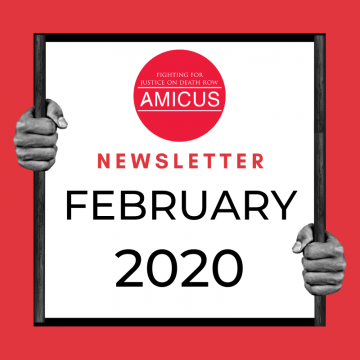 Executions stalled for a decade in Louisiana
The last execution to take place in the state of Louisiana was in January 2010, when Gerald Bordelon, a convicted sex-offender, was executed by lethal injection. Prior to Bordelon’s execution, the most recent application of the capital punishment was in 20021. It has now been...Read more by becoming an Amicus Member

Virginia’s death penalty – a sinking ship
Calls to eliminate the death penalty in Virginia punctuate the recent political tumult. On 3rd February 2020, in the midst of the Iowa caucus, a group of 21 prosecutors have criticised capital punishment in Virginia, calling it a “failed government programme”, which is “costly and inefficient”. These are damning words about this justice mechanism, which hasn’t been used by a judge or jury since 2011. In its 412-year history, Virginia State has... Read more by becoming an Amicus Member

California to move some condemned inmates off death row
The death penalty in the United States has always been a topic of conversation and, since the 2016 ballot initiative in California, home to the country’s largest death row, it has also become a topic of controversy. As a result of this ballot, condemned inmates at San Quentin State Prison in the homonymous city in California, are to be given the opportunity to transfer from this prison to other high-security penitentiaries. A majority of 51% passed this measure, which was intended to... Read more by becoming an Amicus Member

Oklahoma set to resume executions after a five-year moratorium
On 13th February 2020, Oklahoma state officials announced that executions by lethal injection would resume. The state has secured a new supply of drugs for the procedure: midazolam (a short-term sedative), vecuronium bromide (which stops breathing) and potassium chloride (which stops the heart). Speaking at a press conference in Oklahoma City,... Read more by becoming an Amicus Member

Trump praises use of the death penalty in China for drug related offences, despite his promotion of criminal justice reform in the US
Trump recently praised the Chinese government’s criminal justice system, specifically the use of the “powerful death penalty” for drug-related offences. Further to this being a controversial endorsement of a government that, despite having harsh punishments, has failed to reduce drug use, Trump’s statement also goes against the new... Read more by becoming an Amicus Member