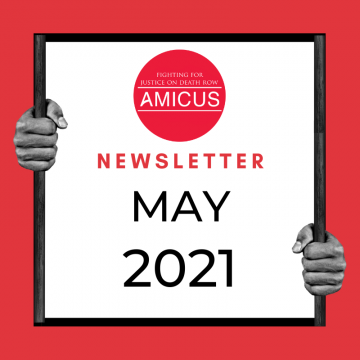 Federal court orders a new sentencing trial for Willie James Pye
In April, the U.S. Court of Appeals for the Eleventh Circuit overturned the death sentence of Willie James Pye, ordering a new sentencing hearing. Pye, a Black man, was sentenced to death in 1996 in Spalding County Georgia, with his co-defendant being sentenced to life in prison... Read more by becoming an Amicus Member

Oklahoma Court of Criminal Appeals overturns death sentence
The Oklahoma Court of Criminal Appeals has overturned the death sentence of Miles Sterling Bench, citing a U.S. Supreme Court ruling known as McGirt. The ruling in McGirt found that the state lacks jurisdiction for crimes on tribal reservations in which the defendants or victims were tribal citizens... Read more by becoming an Amicus Member

Death row prisoner to get new trial after “shocking prosecutorial misconduct”
Clinton Young was sentenced to death for the murder of Doyle Douglas and Samuel Petrey on 15th April 2003. However, in an order dated 26th April 2021, Senior Judge Sid Harle has recommended that Young be granted a new trial on the basis of “shocking prosecutorial misconduct”... Read more by becoming an Amicus Member

Texas house of representatives passes bill to limit death-penalty eligibility for defendants who do not kill
In a bipartisan vote of 135 to 6, the Texas House of Representatives approved bill HB 14350, advancing it to the Texas Senate for consideration. The bill addresses the controversial law of parties in Texas, which allows a defendant to be sentenced to death if they are merely present when a capital crime is being committed... Read more by becoming an Amicus Member